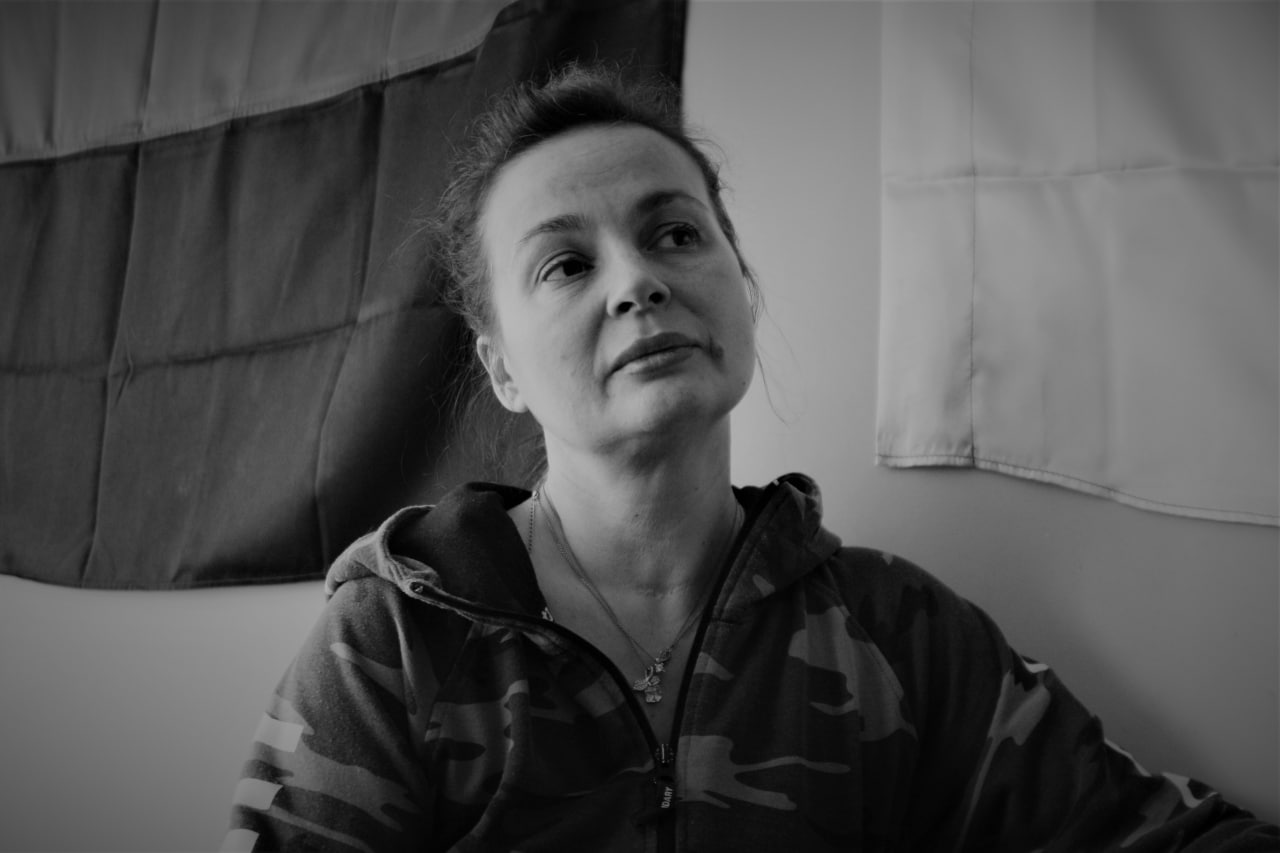 On February 24, my mother called me and said, “Lena, the war has begun.” Honestly, I was in a very big shock. I couldn’t believe it. I did not hear any explosions. I woke my daughter up and said, “Get up, the war has begun.” On the second or third day of the war, my godmother Nina and I got in touch and came here. Her husband and son immediately joined the Ukrainian Armed Forces. I had to do something because it’s not in my nature to sit at home. Since then, I have been at the Ukrainian Women Veteran Movement rapid response headquarters.

Our task is to provide the Ukrainian Armed Forces and Territorial Defence with food, tactics and ammunition as much as possible, and to help the civilians. If the Ukrainian Armed Forces turn to us for help, the needs of at least 50 and at most 700 people should be met. Among the civilians, the priority is elderly people who cannot take care of themselves, the disabled, and other vulnerable groups. There are also frequent requests from refugees and displaced persons from hotspots. Recently, 700 people left Chernihiv and asked us for food – something that they were used to in peaceful life. Mothers and children needed a lot of baby food.

Moldova helps us a lot. Poland helps us. A lot of help comes from other volunteers, well-established internal communication is going on.

My attitude towards russians has changed since 2014. At that time, they were just occupiers. To date, they are not even fascists, but scum. This is a nation that must disappear from the face of the earth, along with their children, women, and the elderly. russians are imbeciles who should not reproduce. Why? I can say one word: Mariupol.

I live in thе district of Kyiv. And every night I hear heavy shelling. They are bombing from Irpin. They use, obviously, artillery and “grads”. They use artillery instead of aviation so that the Territorial Defence cannot detect it. Our district is completely “shabby”. Not only my house was damaged.

Until 2014, I did not pay attention to the russians at all, I just treated them like “it is what it is”. Now I don’t have any opinion about the russians. Actually, I am a nail technician and a podiatrist, I am the head of the nail studio. I love my profession very much, I really want to return to my work, and create beauty, but now I objectively don’t even think about work, because I can’t. Although I miss it.

What is positive in UWVM now is that people here are like-minded, there are strong women, Amazons who have gathered all in one place. And I understand perfectly well that any woman from the Ukrainian Women Veteran Movement will stand shoulder to shoulder with our warriors at any moment and support them. For some reason, I have much confidence in it.