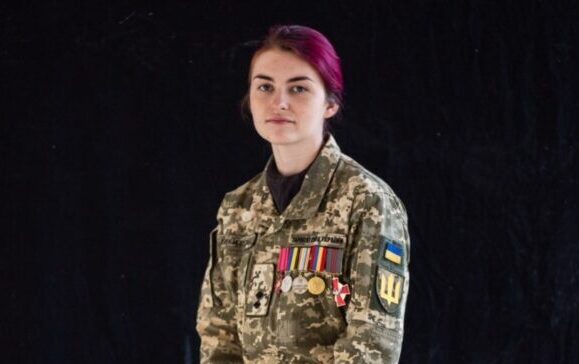 Commanders are starting to realise that women make better soldiers than men, according to one combat veteran

Women were the catalyst that brought the Belarusian dictator Alexander Lukashenko’s 26-year-old regime to brink of collapse in the summer of 2020. Now across the border in Ukraine, women are pitching up to confront another patriarchal autocrat by enlisting in the Ukrainian army.

Faced by the existential threat of Putin’s troops, Ukrainian women are demonstrating the same fearlessness as their Belarusian counterparts, but this time with the backing of a rapidly modernising national army.

As part of Ukraine’s military modernisation programme, women were allowed to take up combat positions in the army in June 2016. An upsurge of enlistment followed and now, according to Hanna Maliar, Ukraine’s Deputy Defence Minister, women make up 15 per cent of Ukraine’s total armed forces, compared with Russia’s 4.26 per cent.

Attitudes are changing fast within the Ukrainian military, according to Yulia Mykytenko, 26, a combat veteran, who works for an NGO tackling women’s issues in the army.

“There are still many old-fashioned commanders but they are starting to realise women make better soldiers than men,” she told i with a wry smile.

Indeed US Army statistics show that women shoot more accurately than men. However, Mykytenko said that in a military setting, women “have to be more professional, more reliable and harder working than men, just to be accepted as equals”.

“Female officers work better with civilians. We’re more balanced than men because we don’t hide our emotions. We make decisions quickly. We move like angels. We fly,” she said.

Arekhta fought on the barricades of the Maidan Revolution in 2014 and joined the army when shooting subsequently broke out in the east of Ukraine. Now she heads up a women’s veteran movement, but will be eager to get back to the action in the event of an invasion “I was born to be on the front line. I want to be at the epicentre of war,” she said.

Arekhta’s enthusiasm is replicated by women across the ranks of Ukraine’s Territorial Defence force and in the constellation of volunteer battalions that have appeared around the country.

Volunteerism was key to the expansion of the Ukrainian army in 2014 and will be a valuable asset in mobilising civilian support for any war effort. Estimates of 20,000 active volunteers are set to soar in the event of an invasion.

Olena Biletska, who runs a nationwide programme of emergency training, said that her class in small arms training at the weekend was oversubscribed by more than 1,000.

Yustyna Dusan, 30, who works in HR for an IT Company, joined a volunteer battalion with a friend only a week ago. During the first class, given by a combat veteran, she was shown how to survive and get organised in case electricity or the internet gets shut off. “Some of it”, she told i, “was like Bear Grylls. We learnt how to clean water from a river and hunt small animals, which was awful for me as I’m vegan.”

Irina Shchyol, 45, a university lecturer, signed up as a volunteer to the Territorial Defence Army. A more integrated system than the volunteer battalions, the territorial army provides weekly small-arms training for reservists, usually in woods and fields.

“Many of my friends and neighbours are thinking of signing up”, said Shchyol, whose husband is also in the Territorial Defence Army.

This rush to arms by Ukrainian women reflects the same desire for freedom as their Belarusian counterparts.

“My grandmother was sent to prison in Siberia for 20 years when she was only 13,” said Arekhta, “and returned to her parents only 20 years later.”

History is still alive in this region, but it’s the future which these young woman are committed to. “I want to be free from the same repression that my Granny suffered and I’m willing to fight for my family and for my country,” she added.